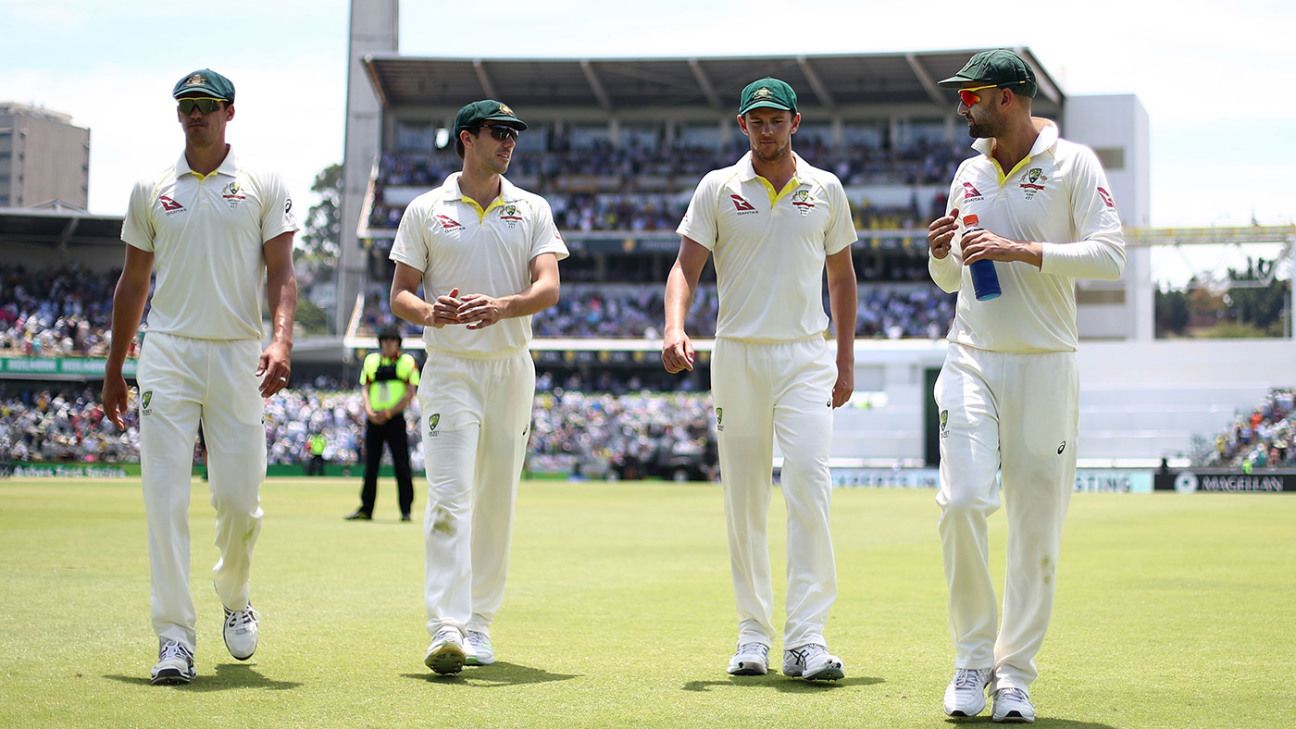 Five of Australia's likely starting line-up for the Ashes face entering the series without any red-ball preparation if the team has a successful run at the T20 World Cup.

, , , and were confirmed in the T20 squad on Thursday and if Australia reach the final on November 14 their quarantine period on returning home would overlap significantly with the Test against Afghanistan in Hobart.

If the team exits at the semi-final stage it would still be very tight to complete 14 days quarantine and play in the Test without government exemptions which may be difficult to gain if the current Covid-19 outbreaks continue, although it is hoped the increase in the vaccine rollout will help.

Only being knocked out in the Super 12 stage, which for Australia ends on November 6, would give a clear window. Even then it is still to be confirmed whether the three teams heading to Australia after the tournament - the home side, Afghanistan and England - will depart as soon as they are knocked out or wait to travel as one group.

"There seems to be a lot of moving parts with that at the moment," national selector George Bailey said. "We are preparing that, all things being equal, that we'll have a full-strength Test squad to select from. If it happens that we get as deep into the T20 tournament as we'd like to and that looks challenging around quarantines and exemptions that will be required, then we'll deal with that at the time. If that's the case they'll be great opportunities for others.

"From a player preparation perspective, and I've spoken particularly to our regular bowling Test group about this, it's not the first time they are planning to go into a Test series without perhaps any red-ball matches under their belt. It's a challenge but something they are aware of.

"They are highly experienced and skilled guys so we think they can do. We are in a world at the moment where we aren't dealing with ideals so if that's the case the players will make do and it certainly won't be an excuse for performance."

Smith, who is expected to return to the IPL with Delhi Capitals, faces the challenge of preparing for the Ashes while continuing his recovery from an elbow injury. Bailey said he was progressing well but will still want to increase his volume over the coming months.

"The latest update from him is that he's facing 100 balls in a session pretty comfortably - that's about a quarter of what he'd like to be facing for a Test match so he's got a bit of building up to go there. We have to place some trust in Steve as someone who knows his body and knows exactly what he needs to be able to get out of himself to perform at the level that's required to play for Australia and the standards he set himself, which are fairly lofty."

Were Australia to be without the players from the T20 World Cup against Afghanistan it would open the possibility of the Test attack featuring the likes of James Pattinson, Jhye Richardson, and the uncapped Michael Neser. For someone like Richardson or Moises Henriques, missing out on the World Cup could actually improve their chance of making the Test side if they make the most of the Sheffield Shield matches available.

If Afghanistan, who are hopeful their men's cricket will continue , were to progress deep into the T20 World Cup it is unclear how that would potentially impact the Test given they would be unable to select a separate group of players whereas Australia can at least fill their gaps from those available around the states.

There has been talk of holding the Hobart Test effectively under quarantine conditions - similar to how the Sydney and Brisbane Tests took place against India last year - although the current outbreak of the Delta variant is causing state governments to tighten their regulations. The Australia squad quarantining in Adelaide after the West Indies and Bangladesh tours has been impacted with the South Australia government initially withdrawing permission for them to train before an agreement was reached on Thursday.

Andrew McGlashan is a deputy editor at ESPNcricinfo

West Indies and Pakistan at the mercy of weather as stop-start...

I cried for half an hour after harsh criticism by a senior...