BJ Watling: 'I would like to finish on a massive high with a big tour' 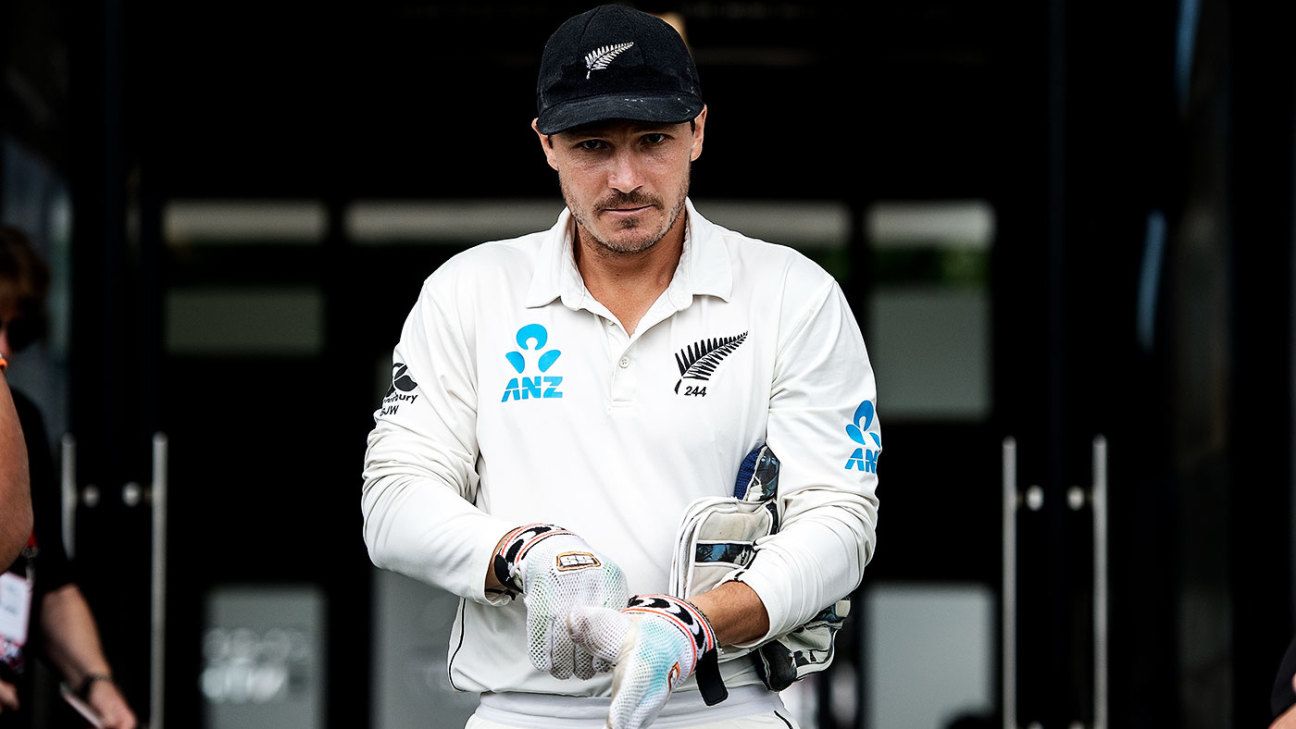 Watling looks back at some of the memorable moments of his career, what he will miss the most, and more

Soon after from all forms of cricket, New Zealand wicketkeeper-batter spoke to the media in Lincoln and looked back at some of his most memorable series, what he would miss the most, and more.

What's the reason for your retirement and what will you miss the most?
There's a few factors. I think it's the right time for me to leave the game. I'm thoroughly looking forward to the three huge Test matches to finish off. It should be exciting. Toiling away for five days, in harsh conditions sometimes...Sitting back, looking around the group and having beer with the team. That'll certainly be the times I miss the most.

On the upcoming England tour…
I think it's exciting that we've got two Tests against England to start with. It's a great place to play cricket there, [a] very tough opposition. It'll be nice to beat them on home soil. And to obviously finish with a Test final. It's going to be a pretty special tour. I'm looking forward to it still and there's a lot of cricket to be played.

Any sort of pressure on this England tour being the last one?
Not looking at it like that. To be honest, it's session by session, ball by ball and it is what it is. I'm trying not to put pressure on one particular game. We've got two Test matches leading into it at the moment, leading into the [WTC] final.

How would you like to be remembered and how do you look back at your career?
I've put a lot of hard work in. I've thoroughly enjoyed the journey so far and can hopefully finish on a high. You do get a bit of a rest batting down in the middle order, which is quite enjoyable. You get a break between innings. Opening is very tough, having to field for potentially 140 overs and going straight out and bat, which is dreadful. So I don't miss that at all. Yeah, you do keep in some harsh conditions, like [in] India. I look back at the challenges of having to become a keeper, to make sure I was up to the international standards. I thoroughly enjoyed putting my time into that as well as my batting.

What made you retire?
I know the standards were quite (high) to keep it going at this level. To be honest, it's tougher now, with a little family at home. Things are busy. I think it's time now that I look into other things and spend more time at home. It's a bit harder to put all that focus into just cricket.

What will you miss about the team and when did you make the call?
A lot. It's been a long time playing for the Black Caps now. Hopefully I've made some mates along the way, look forward to having beer with all of them. That'll be something I miss. It was a couple of weeks ago that I told everyone. I think over a little period of time - [in] the last four to five months - I have realised that I my time is up. I would also like to finish on a massive high with a big tour.

On his move down the batting order: "It was just about playing to the situation and enjoy figuring out what's right at the time and it'll be different every Test match, every Test innings"  Getty Images

Any wins you looks back on?
There's a few now, which is quite a cool thing to say after what was a reasonably tough start to try and win Test matches. I still look back at one of the West Indies trips [in 2014], and for me, that was the greatest trip of all time. But there's been many more. Wins overseas are pretty special, and winning in the UAE against Pakistan [in 2018] was a fantastic series to be a part of, and to beat them in neutral - but home conditions for them - was quite a pleasing trip.

Did you make any changes to your game when you moved down the order as a wicketkeeper?
Not at all. I think as a cricketer, you've got to look at the situation you're presented with - and it might be the case when they are looking for a few faster runs to set up a total. So it was just about playing to the situation and enjoy figuring out what's right at the time and it'll be different every Test match, every Test innings.

What do you think about you potential successor ?
Tom's been fantastic for us. He's obviously [had] the challenge of opening the batting and stood up to that very well. [He got a] fantastic hundred at the MCG, which was pretty special and I know his glovework is certainly up to standard. I look around the domestic scene and I think most of the boys in each association have been keeping really well over the last few years.

How special was that 205 against England?
I remember the partnership with Mitchell Santner… it was his maiden century and a fantastic innings. We dug deep to get a bit of a total and give ourselves a chance of winning that Test match. I think we were a bowler down as well, and to do it on the final day - I'm not sure how many overs were left, but there weren't too many left and Wags [Neil Wagner] stepped up to the plate and did a fantastic job. So it was a special win.

How would you reflect on your legacy - just the ninth wicketkeeper to score a double-century?
I'll do some reflecting at some point for sure, but I don't know the word legacy at all. I've played my part in the time I've been here and hopefully, I'll leave New Zealand cricket in a good space.

Misbah: Beating South Africa 'was like a breath of fresh...

PSL could resume in May, clashing with the IPL