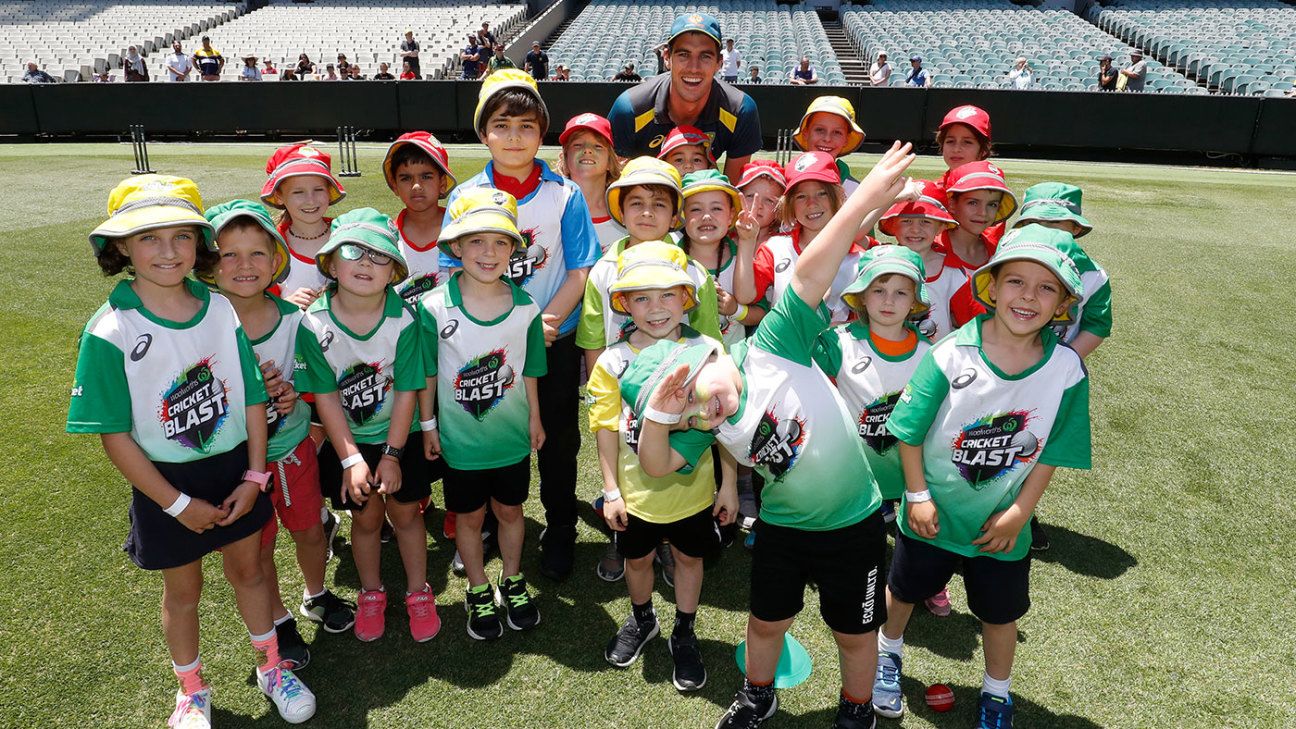 Inevitably Covid-19 had an impact on grassroots participation in Australian cricket last summer, and is likely to do so for another season, but the decline was mitigated somewhat by growth in the female game.

Cricket Australia released its annual participation figures on Wednesday with an overall drop of 24% from approximately 710,000 registered players to 539,000.

However, there was a 2% increase in children playing the game. That was powered by 17.5% growth among girls registered to clubs and the Woolworths Cricket Blast programme in the first summer after Australia's T20 World Cup success, which finished with the final at the MCG with a crowd of over 86,000 just days before the pandemic shut down global sport.

"We were really fortunate with some timings and there's no doubt the impacts we felt last season will be a similar story this year," James Allsopp, Cricket Australia's executive general manager of community cricket told ESPNcricinfo. "Cricket really did reconnect communities last year after missing winter sports, that's seen in the junior numbers, so we are really pleased with the way the game came out of it. We are also really mindful that the impacts won't be a one-off thing, we'll be navigating it this summer as well."

The areas hit hardest by the pandemic were indoor cricket, schools and social competitions. Overall, Cricket Australia said there were 170,000 games played last season largely thanks to the efforts of volunteers who adapted to the new normal.

"Around the country, particularly Melbourne but everyone went through it at some stage, they had to do their version of biosecure plans," Stuart Whiley, Cricket Australia's head of participation, said. "There were Covid-safe plans, cricket club will never have spent more money on sanitiser, there were check-in, check-out systems.

"For a club volunteer who is trying to do that as well as living with everything else going on that's a lot of additional work. First and foremost, we are just really appreciative of the volume of work volunteers picked up to get those games to happen."

While trying to see through another season that appears likely to face disruption, an area of continued focus for CA is to ensure there are pathways into cricket outside of the club structure both for the multi-cultural communities and also those for who the traditional route is not the best fit.

"We know that South Asian communities love their cricket so we are really sharply focused on how we are integrating those communities into our clubs," Allsopp said. "We need to really understand their culture, what are the barriers to them participating and making sure we an inspiring them to play the game.

"That's something we are really mindful of as we start to work through the new strategic design. How do we continue to support the traditional club structure but how do we diversify the cricket offering so they are flexible, more social, you can opt in and out, to make sure there's a format of cricket to suit everyone."

Andrew McGlashan is a deputy editor at ESPNcricinfo

Aaron Summers set to be first Australian to play Pakistan...

Sandeep Lamichhane expected to play in Hundred despite...

Kohli on what sets Shami and Umesh apart on Indian pitches

Aiden Markram continues to impress at the top for the hosts, hitting his second...

Batsman emulates Kohli and Gambhir after amassing 529 runs in four innings against...

The role will have Moody overseeing Sri Lanka's international programme and domestic...

The Maria Sharapova Concern: Hold or fold her tennis career

Thereand#039;s never an easy answer to end a tennis career. The signals may come...