FIFA VP: Super Leagues 'a great idea' for some areas 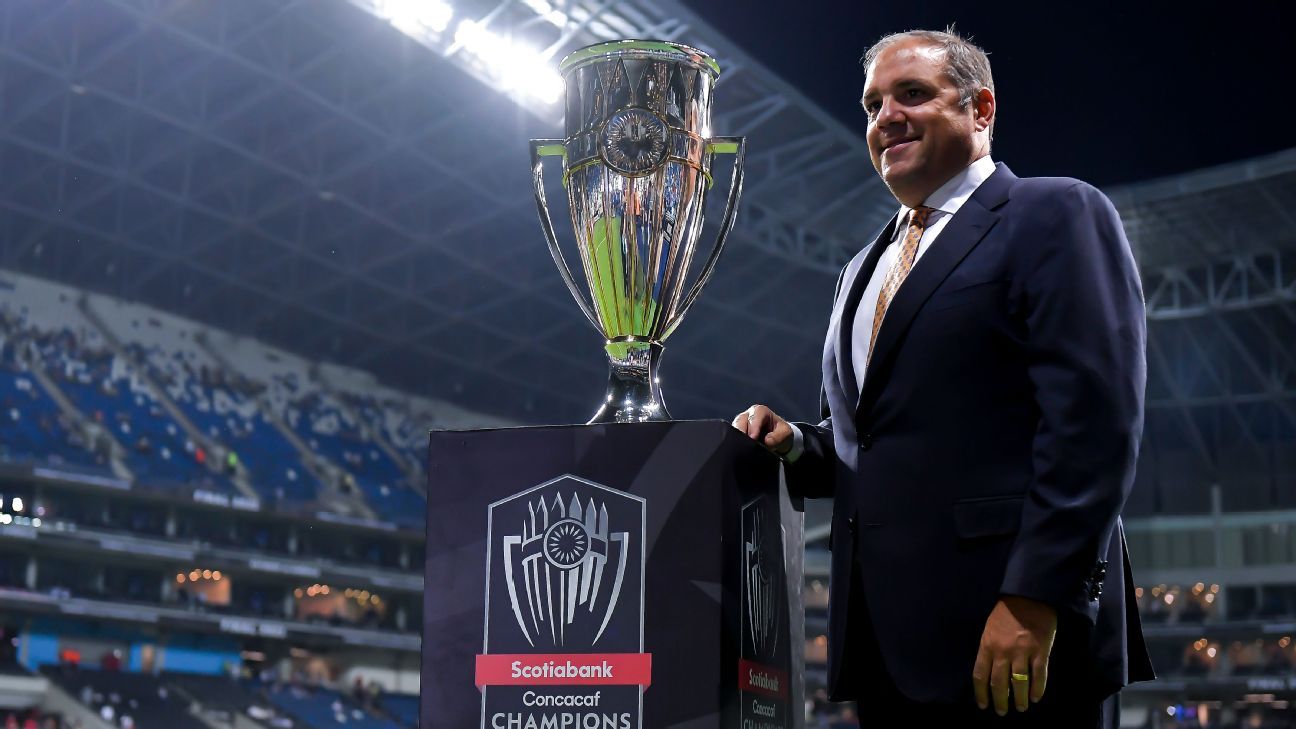 FIFA vice president Victor Montagliani said that the concept of so-called super leagues shouldn't be dismissed, adding that "there are some areas in the world that I think it's a great idea."

While recognizing that the plan of top teams forming a breakwaway league didn't work in Europe, Montagliani -- who also serves as CONCACAF president -- didn't want to entirely throw out such proposals.

"There are some areas in the world that I think it's a great idea," Montagliani said on "."

Canadian businessman Montagliani has led CONCACAF since 2016, which governs the game in North and Central America and the Caribbean.

"There has been talk even here in my [CONCACAF] confederation, in Central America, that I think is ripe for something like that," Montagliani explained."I think they are even studying it because you have seven countries [in Central America] that are geographically close," he said.

The concept and term of a "super league" gained notoriety in April when 12 high-profile European clubs stated their intention to break away and form their own top-flight. The plan quickly from fans, players, politicians and UEFA.

"I totally understand why there was this backlash in Europe and by UEFA, just because of the traditional way that football has always been," Montagliani added. "But the concept of...a continental league might actually be the ticket for the development of club football in some parts of the world."

In North America, much has been made about the growing partnership between Major League Soccer and Liga MX in recent years. Although a full-fledged unification between the two leagues seems far off, that hasn't stopped collaborations such as the Campeones Cup, an All-Star game and a Leagues Cup tournament that will expand to all Liga MX and MLS clubs by 2023. Clubs from both those leagues also compete the CONCACAF Champions League tournament.

With an eye towards the 2026 World Cup that will be hosted in Canada, the United States and Mexico, more partnerships could arise.

The idea of super leagues isn't the only controversial topic Montagliani has discussed recently. with Reuters, Montagliani floated the idea of an alternative , suggesting a separate tournament "in between World Cups" similar to the defunct Confederations Cup.

Zidane unsure if injured Hazard's season is over

PCB to outsource management of bio-security protocols with...

The season was curtailed last month after an outbreak of Covid-19 among a number...

Cerundolo, 21, set to debut in Cordoba next week.

Federer is currently recovering well after his second surgery

Cameron Norrie: I want to keep getting better, perform...

Norrie reacts to finishing third at the Battle of the Brits.

Australia are coming off an unexpected triumph against India, but will be without...

HBL PSL 2020 action to be called in Urdu