Grant Bradburn steps down as PCB's head of high-performance coaching 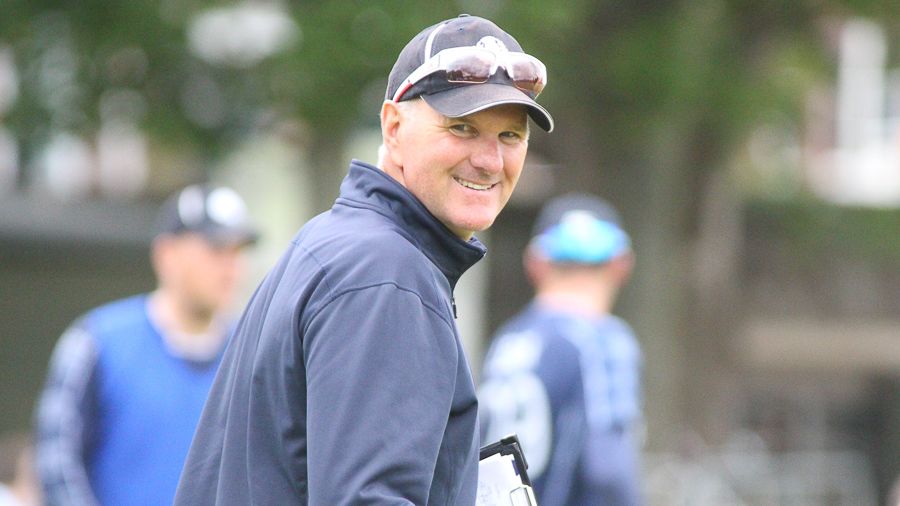 has stepped down as the head of coaching at PCB's high-performance centre (HPC) 18 months before his contract was due to get over "to pursue further coaching opportunities", the PCB said on Friday.

"It has been an honour and privilege to serve Pakistan, providing challenge and support, to drive the players, coaches and teams forward," Bradburn said in a statement. "I will leave PCB grateful for the wonderful opportunities and the experiences I have gained. As a foreigner, I felt welcomed and valued by my present and former PCB colleagues, players, officials and the Pakistan public. I have always felt safe here, loved exploring this wonderful country and made many lifetime friends.

"My wife Maree and three children have also sacrificed a lot in allowing me to serve Pakistan cricket. Covid-19 regulations made it challenging for them to visit Pakistan and feel the warmth, love and friendship this country offers. It is now time for me to prioritise family and move forward to the next coaching challenge."

Bradburn, the former New Zealand allrounder, had been working in Pakistan for the last three years, first as the national men's side's , since September 2018, before taking over the in May 2020 when the National Cricket Academy was revamped.
Bradburn became the fourth high-profile individual in the coaching set-up to resign since took over as the chairman of the board. Misbah-ul-Haq and Waqar Younis were the first ones from their respective roles as head coach and bowling coach of the men's national team, which was followed by the .

The HPC took shape after Wasim brought in David Parsons, a former director of the ECB's high-performance centre, in 2019 to look at the system and suggest recommendations. The report was filed in 2020, and after that, the PCB's department for domestic cricket and the national cricket academy were merged to form a new set-up, the HPC, which takes care of many things, including regulating the domestic circuit and developing cricketers for the highest level. The PCB's medical department, which worked independently earlier, was also integrated with the HPC.

Nadeem said in a statement, "Grant served Pakistan cricket with passion and dedication. He was always full of energy and ideas, a number of which he implemented following the restructuring of the National High Performance Centre. I thank Grant for his contributions to Pakistan cricket and wish him well in his future endeavours."

ESPNcricinfo understands that the PCB will look for a replacement for Bradburn, but on a later date.

'We will be their biggest game' - Scotland coach Shane Burger's warning to first-round...

Solway shines again before Smith digs in on slow day

Patchy South Africa and Pakistan look to get a hand on...

South Africa might want to tinker with their batting personnel, while Pakistan would...

The allrounder replaces Amy Satterthwaite after a season where the Renegades won...

Pakistan among 17 candidates vying to host ICC events in...

Novak Djokovic: I'm not pleased with my performance versus...

Djokovic reacts to beating Kudla for the Wimbledon round-of-16.

Cricket fans from around the world are excited about the Fourth edition of the HBL...

Kyle Jamieson banking on the experience of his fellow pacers...

Fast bowler also "mindful" of not wanting "to go searching too much" with the Dukes...