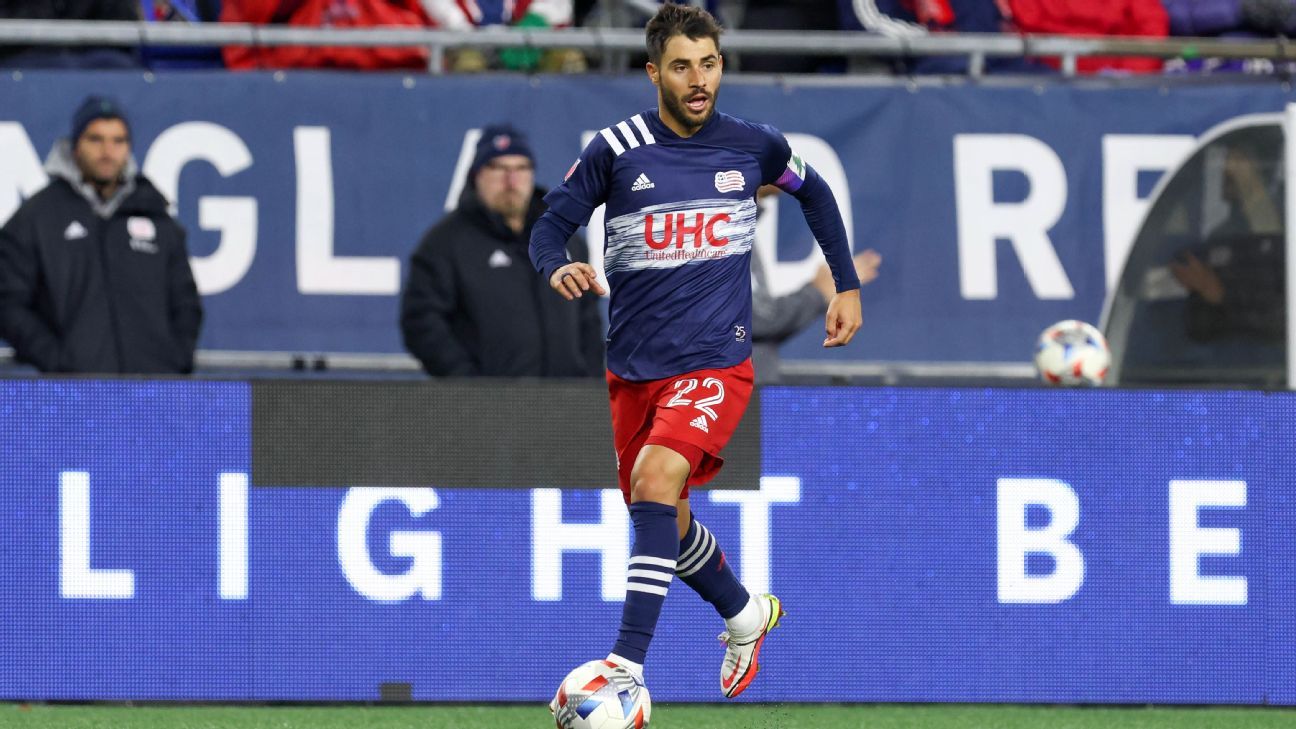 Gil was a key cog in the Revolution's spectacular regular-season run that saw the team win the Supporters' Shield and amass an MLS-record 73 points.

The Spanish midfielder and club captain had a league-leading 18 assists alongside four goals for the Revs in the 2021 season. Gil collected 10 assists in New England's opening 10 games -- matching the MLS record for most assists from the start of a season. He is the second Revs player to win the award, following Taylor Twellman in 2005.

"It is an honor for me to be named the MLS Most Valuable Player," Gil said in a team news release. "I want to thank everyone who voted for me, everyone who works at the club, our coaching staff, our fans, and especially my teammates. Together, we achieved an unforgettable regular season."

Despite earning the top seed for the MLS Cup playoffs, Gil and the Revolution were bounced out in the conference semifinals by eventual East champions , who will face the Portland Timbers in the final on Sunday ().

The MVP award is yet another end-of-season individual accolade for Gil, who already has been named the Comeback Player of the Year and included in the MLS Best XI. He is the third player from Spain to win MVP, following last year's winner, (), and (NYCFC) in 2016.

Gil, 29, joined New England in 2019 as a designated player and was named Newcomer of the Year and to the MLS Best XI that season. He had missed most of the 2020 campaign with an Achilles injury.

Others from the Revolution to win individual awards this season were Coach of the Year Bruce Arena and Goalkeeper of the Year .

How Carles Gil's journey took him from Europe to MLS MVP

Five ties to watch in the Europa League this week

PCB pleads force majeure as franchises look to Lahore for...

Allrounder cleared to bowl against the Adelaide Strikers on Friday night after recovering...

Will Novak Djokovic correct his Miami mistakes at the next...

Every match canand#039;t be a sign of perfection. Novak Djokovic knows that and...

Kieron Pollard's six sixes in an over trumps Akila Dananjaya...

Nuno Espirito Santo has been sacked as Tottenham manager after just 17 matches in...

How to watch HBL PSL 2020 in Pakistan and abroad