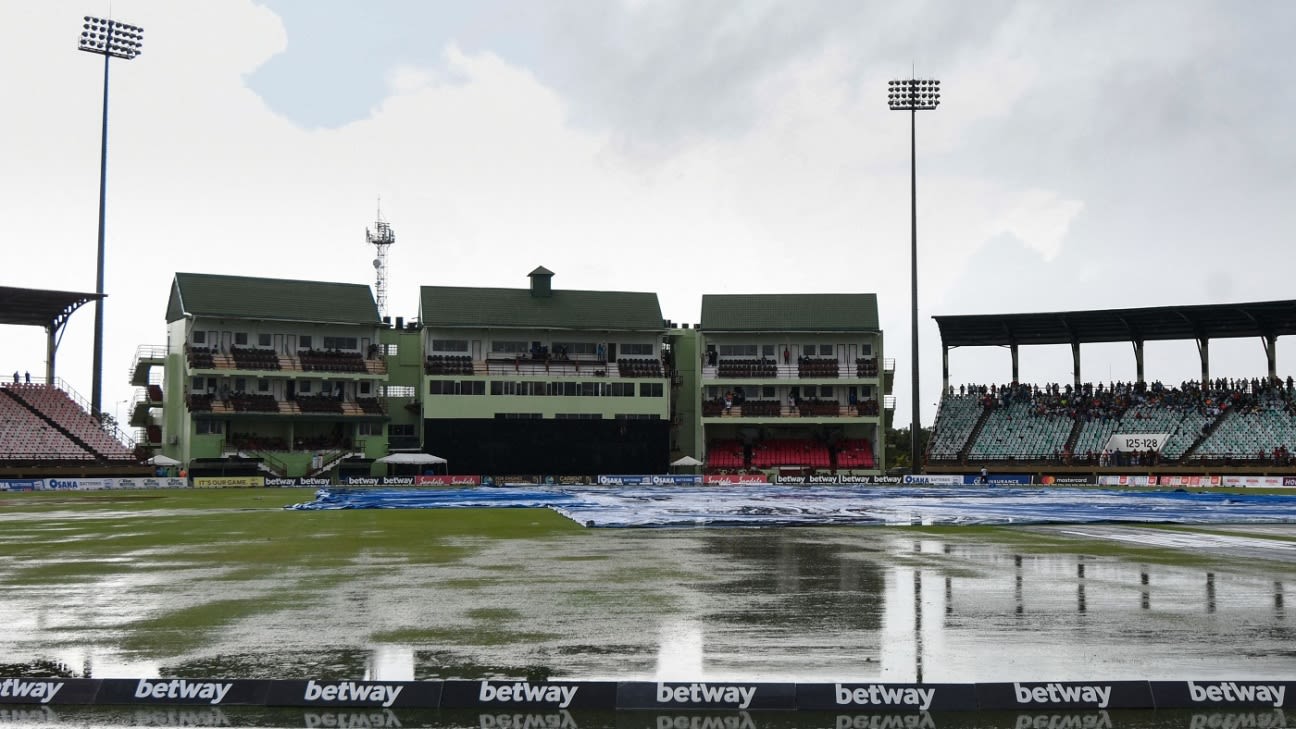 Shaheen Shah Afridi was rested again by the visitors

Rain allowed only three overs to be bowled in the fourth - and final T20I - in Guyana, which meant Pakistan, courtesy of their win , won the four-match rain-marred series 1-0.

After winning the toss on Tuesday, Babar Azam put West Indies in on a damp pitch on an overcast morning. With both sides unchanged from the last washout, Andre Fletcher and Chris Gayle once again opened the innings. Fletcher kicked off the innings by hitting two sixes off Mohammad Hafeez in the opening over and Gayle followed it up with two fours off Mohammad Wasim Jr in the next.

The West Indies vs Pakistan series is available in the US . Subscribe and tune in to the match.

West Indies were 30 for no loss after three overs when rain halted play. That was around 11.15am local time. When the rain eventually relented, the umpires had an inspection at 1.25pm and decided to resume at 2.00pm. The match was reduced to nine overs per side but just when play was about to restart, the rain returned to have the final say.

At the toss, West Indies captain Kieron Pollard had said that this would be the last international game for Dwayne Bravo in the Caribbean and that his side wanted to give him a win. The weather though had other plans.

Hemant Brar is a sub-editor at ESPNcricinfo

New Zealand to tour Bangladesh for five T20Is in September

Steven Smith returns to the top of the ICC Test batting...

Borna Coric: 'I will enjoy myself drinking wine in 15 years'

Mohammad Rizwan made 46 before Mohammad Hafeez helped seal a seven-run victory with...

Nathi Mthethwa has threatened intervention if CSA cannot adopt a memorandum of incorporation...

On Sunday, Novak Djokovic won his 19th Grand Slam title and got closer to Rafael...

Roger Federer: I know I will not win Roland Garros

Federer kicked off his clay season this week at the Geneva Open.