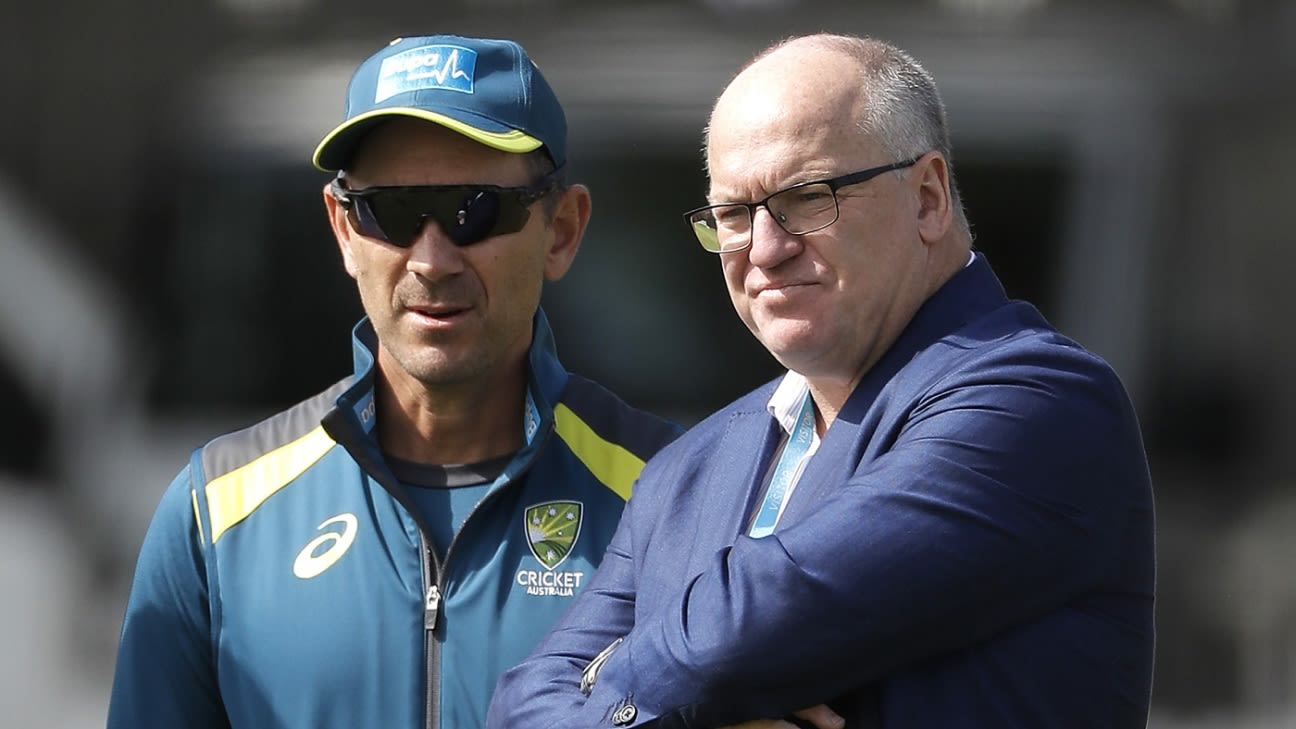 South Australia's chairman Andrew Sinclair has responded to his New South Wales counterpart John Knox's opposition to a second term for the Cricket Australia chair Earl Eddings, writing to ask for greater clarity as to why the largest state association is eager for change at the top of the game's governance.

Last month, Knox sent a letter to all the state associations in which he outlined the NSW board's opposition to Eddings getting a second term, and also attached a 2019 letter to the CA chair in which he made it clear that a succession plan was required.

ESPNcricinfo has learned that Sinclair replied with his own correspondence that defended the incumbent's record but also asked for Knox to outline his reasons for wanting change. It is believed that subsequent discussion was had between Knox and Sinclair, rounded off by follow-up correspondence from the NSW chair to the rest of the state associations welcoming further talks.

David Maddocks, the Cricket Victoria chairman and a longtime associate of Eddings through their common connection to the North Melbourne Cricket Club, is also understood to have written to Knox. He outlined .

"You often hear it said that board members by the time their period is about to expire, they're really at their best, they've been around, they understand the issues, they understand the interrelationships and all those sorts of things," Maddocks said. "I think at the moment in terms of CV and CA, there is a strong case for stability in a period of great instability. My personal view is I think Earl is doing a very good job and I think if there was potential for him to stay on, I think it's something that ought to be considered."

CA is currently awaiting a conclusion to another succession saga around their chief executive, a role held in interim form by Nick Hockley since Kevin Roberts' resignation mid-last year. Hockley wants the job full-time, but CA have engaged an outside recruitment firm to conduct a search for candidates to be weighed up against him.

Hockley and Eddings were able to successfully helm the staging of the international and domestic home seasons despite the pressures of Covid-19 and a dispute with the free-to-air broadcaster Channel Seven. Major overseas commitments to play Bangladesh and South Africa have been postponed, while scheduled home assignments against Afghanistan and Zimbabwe are also in limbo. There are also simmering discontents around the way the board handled CA's initial response to the pandemic last year, including mass stand downs for staff.

Twelve months on, strategic discussions around the future of the game have begun at CA management and board levels, a curious development given the lack of clarity about the tenure and identities of both the chair and the chief executive.

Eddings, who has been a CA director since 2008, is also involved in strategy and governance discussions at the global level with the ICC, which is in a similar state of flux with a new chairman Greg Barclay and an interim chief executive, Geoff Allardice.

CA's board nominations committee is chaired this year by John Harnden, the director nominated by Sinclair and the SACA, while Queensland (chaired by Chris Simpson), Western Australia (chaired by Terry Waldron) and the CA director Michelle Tredenick are the other committee members.

While approved by CA's nominations committee as new directors last year, former New South Wales premier Mike Baird and ABC board director Vanessa Guthrie did not sit on their first CA board meeting until the last week of March this year, by which time the Cricket NSW board, chaired by Knox, had stated its opposition to Eddings being retained as an independent director when his current term expires in October.

There has been a precedent, tried by Eddings' predecessor David Peever, to have the CA board "unanimously" endorse him as chair for a second three-year term prior to the two governance processes that follow in any given year: those of the nominations committee for directors, and the CA AGM itself where directors are retired or re-elected by rotation via the votes of their state association owners.

Peever, in the end, was successful in being voted back in as chair for another three years in October 2018, in spite of the chaos at that point enveloping CA in the wake of the Newlands scandal and the cultural review that followed it. However, after the review was belatedly shown to the state associations in the hour after the AGM itself, Peever lasted only a few more days when Knox called him to state, flatly, that he had lost the support of the largest state association.

Two and a half years on, and Eddings has given no indication that he wishes to conclude his time as chair, in spite of Knox and NSW again raising their opposition. This time around, Eddings appears to want to stay on provided he has the support of the board and a working majority of the states: four out of six need to be opposed to Eddings in order to force him out.

"I'm there at the behest of the board and the members, so it's up to them to make that call," . "Succession is really critical and we're always talking about succession. My comment around longevity is you don't want to stay around too long, however with the dynamic of the ICC, it takes a long time to build relationships and if we didn't spend time building a relationship with India this summer could have been in jeopardy."

Decision time - how are World Cup squads stacking up?

Eoin Morgan puts best form down to 'experience and confidence'...

Marnus Labuschagne looks for 'two-phase answer' as he enters...