U.S.'s Morgan: Trust 'still not there' on NWSL talks 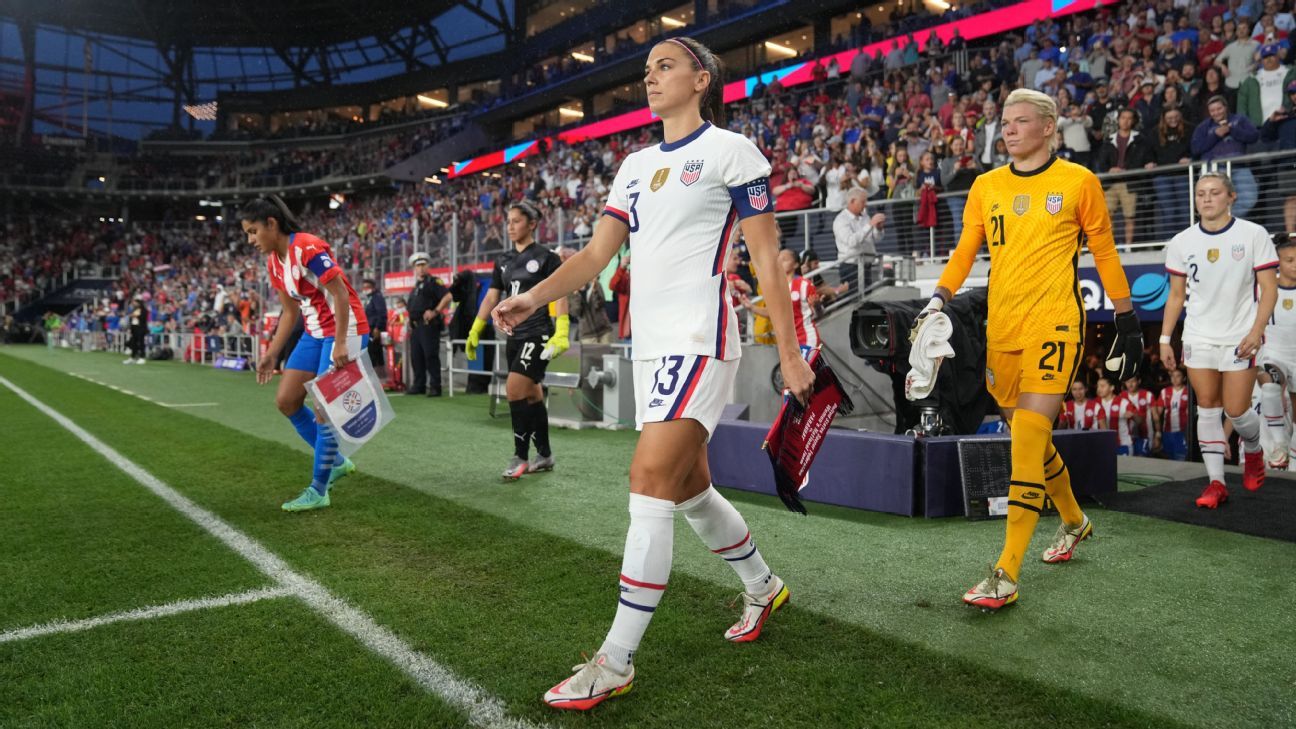 women's national team and Orlando Pride forward said that she is optimistic when it comes to the demands the NWSL Players Association is making of the NWSL but that the league is still too "reactive" and more trust needs to be built between the two sides.

Speaking to reporters ahead of the U.S. team's friendly against South Korea on Thursday (), Morgan noted that as an allocated player she is not a member of the NWSLPA but said she has been kept informed by the Pride's player representatives, Erin McLeod and Toni Pressley.

In the wake of revelations that , the NWSLPA issued a list of demands on Oct. 6 that included having league personnel voluntarily take part in the union's investigation of sexual misconduct and that there be total transparency by the league in terms of other ongoing investigations. The two sides announced an extension to talks this Monday and agreed that NWSLPA representatives will meet with the candidates to be the league's next commissioner.

"I feel optimistic with what information they've given me," Morgan said of the Pride player reps. "The demands that the [NWSLPA] has put forth for NWSL to commit to, and to approve, have still not been taken care of, and there has been an extension, so that in itself says that the NWSL still is being a little too reactive. I know that there's a lot of things that need to change, but we need to start building that trust, and at this point, it's just not there yet."

Morgan was recently named to a FIFA technical advisory group . Among the topics discussed by the group -- headed by former U.S. women's national team manager Jill Ellis -- was the possibility of holding women's World Cups every two years.

Morgan said she could "see the pros and cons" of the proposal. Although there is historical precedent of holding the event every four years, a biennial World Cup could result in more coverage of the women's game. Morgan added that there is a mix of perspectives within the group.

Morgan was asked whether FIFA would actually listen to the opinions of players when it came to make a decision. Morgan answered in the affirmative.

"There's still a lot of discussions to be had, but I think this female advisory board was created to listen to the players," she said. "So if all players said, 'No, this is crazy. We cannot do this. This will hurt women's football globally in such a great way that we can't recover from this,' are [FIFA president] Gianni [Infantino] and FIFA going to listen? Of course. But that's what this advisory board is formed to do, is to have the consensus of the players that are actually going to be affected by this both positively and negatively. It's not a decision taken lightly, and it's still ongoing discussions."

Morgan added that if FIFA does go ahead with a biennial World Cup, it will need to address the need for greater investment in the women's game. This includes incentivizing federations to fund their women's teams on a continuous basis and not just when a World Cup comes around.

She said, "You can't have biennial World Cup without addressing the financial piece."

Zidane unsure if injured Hazard's season is over

Lahore Qalandars had reduced Peshawar Zalmi to 20 for 5. Then walked in Misbah-ul-Haq,...

Chief explains why Laver Cup got introduced on the ATP...

In an email the ATP Chief Executive Chris Kermode explained the reasons why the...

Elena Vesnina will come back to the WTA Tour!

After taking care of her daughter Elizabeth, it is time for Elena Vesnina to come...

Ole Gunnar Solskjaer is fighting to save his job at Man United, with sources telling...

Covid summer brings Australia back to the field

Series defeats in Test and T20I cricket show there is work to be done ahead of challenges...