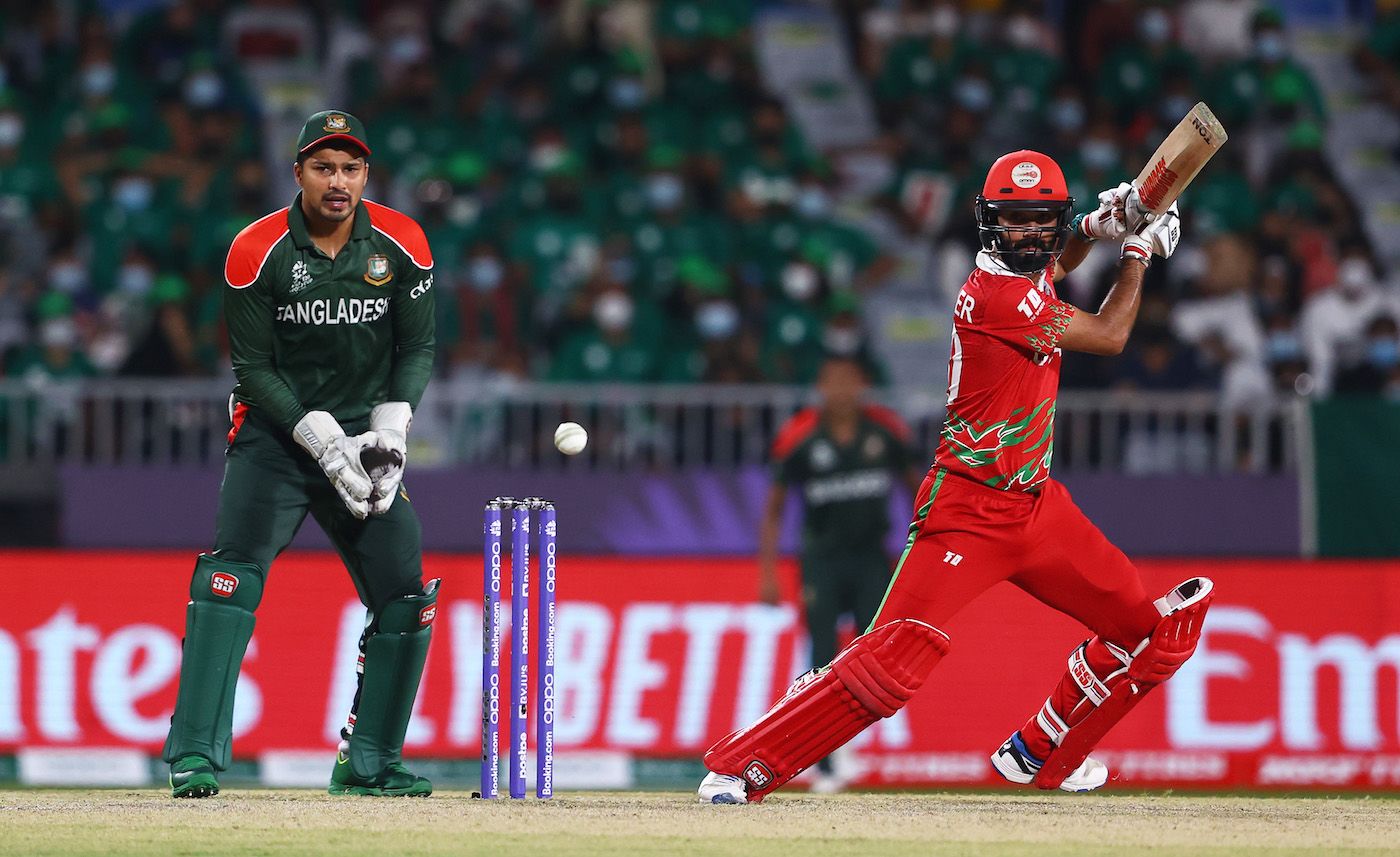 Oman captain said that had 's sweep shot, at the end of the , gone to a slightly different direction, they were genuine contenders to upset Bangladesh. Instead Liton Das took the easy catch, giving Bangladesh the advantage of having two new batters at the crease.

Bangladesh bowled better in the last seven overs, rounding up the game by 26 runs, and keeping themselves alive in the T20 World Cup. Oman, too, are in contention for a Super 12s spot, but their last match against Scotland on Thursday is now a knockout game (if Bangladesh beat Papua New Guinea in the earlier match).

"We were in the game till the 14th over," Maqsood said. "I am happy the way we put up a fight. Bangladesh were under pressure. They knew if we had one or two 15-plus overs, the game was ours. But we didn't bat well in the last five or six overs. We lost a lot of wickets. I am happy with the way the bowlers did. We restricted them to 153. We have to improve [our] fielding. We didn't field well in the first ten overs, for the second time in a row."

Jatinder, who made 40 to follow up his half-century against PNG, kept Oman in the hunt chasing 154. He struck the ball sweetly, especially against pace, but was equally adept against spin. Maqsood rued his dismissal, but said that he can't be blamed for the shot.

"Jatinder was batting very well against the likes of Shakib. He found the fielder in the deep unfortunately. It happens. We can't say anything to the players. They are trying their best for the team," he said.

Maqsood said that Jatinder got into great form in the last 18 months, although he is the sort of character who doesn't get fussed by low scores as well. "Jatinder is in good nick. He batted very well in the last game (against PNG) also. We fully back him to play the way he is playing right now. We are happy to see how he is batting against a Test side.

"He is a very positive player. He improved in the last one and a half year. Credit goes to him and the coaches. He is getting the reward of his hard work. Jatin is a naughty person. Always happy. Even when he doesn't get runs, he is not too worried. We help each other in the team," he said.

Maqsood was hopeful that they can overcome Scotland on Thursday, especially after running Bangladesh close in their second game.

"It is a do-or-die game. We have a bit of an advantage on home soil. The way we played today as well, we are fully confident. We have to play positive cricket to beat Scotland, but it won't be easy. They are playing well also.

"Qualifying (to the Super 12s) will be a huge achievement for Oman. The group is open, but the net run rate margin is very little between the three sides. We will go through if we win the game," he said.

Taskin Ahmed returns as Bangladesh opt to field in drizzly...

Pant was hit on the elbow and taken to the hospital for scans, while Jadeja took...

Club rules out appeal after concluding "it is in the best interest of all parties...